“We’ve got some hillbilly kids out of control.”

That’s how Dick Cheney, in one sentence, harnessed a century of stereotyping to explain the horrors of the Abu Ghraib torture chambers during the US occupation of Iraq. The UK’s Daily Mail echoed the same sentiment in an interview with the convicted torturer Lynndie England in her West Virginia hometown. The Mail dubbed her “the trailer trash torturer,” as she lamented that she “…can’t even hunt squirrels no more, because I’m not permitted to own a firearm.”

No high-ranking officers were ever convicted for these crimes of racism and imperialism. The occupation authority continued on with its business of occupation and slaughter. Rather than an indictment of the US government’s regular practice of mass murder, pillage, and torture, Abu Ghraib was seen as an aberration; one to be pinned on deviant “hillbillies” like England.

Cheney’s specter of the deviant hillbilly was an old one. It harkened back to the violent, sexually depraved characters in the movie Deliverance. It fed on the myth of a lower class of white people, isolated in the hills, that departed from the norms of white civilization long ago. But, the myth-making of the hilbilly “other” is no anachronism—it continues in the form of “hillbilly elegies” and Trump-country narratives today.

Origins of the Hillbilly

Now widely understood as “white,” the hillbilly is a social construction that has mutated over the last one hundred years. Some historians have mistakenly traced the first use of the word in print to an April 23, 1903 newspaper article in the New York Journal, which described a hillbilly as “…a free and untrammelled white citizen of Alabama, who lives in the hills, has no means to speak of, dresses as he can, talks as he pleases, drinks whiskey when he gets it, and fires off his revolver as the fancy takes him.”

Yet, an 1896 newspaper article in Our Mountain Home reported on “…a small political sensation in the shape of a tall mulatto running for coroner” in “Talladega County, where the hill-billies live,” who “appeals to the Republicans and Peoples party for support.”

During the mid-1890s, the southern Democratic party—the party of the white supremacist Confederacy—was facing a new challenge in the midst of the Populist upheaval. As the Democrats scrambled to disenfranchise Blacks, it also instituted strict new laws that disenfranchised many poor whites. Faced with an economic catastrophe, the onerous crop-lien system, small farmers and landless whites gravitated toward the Republican Party and the newly organized People’s Party, which grew out of the various farmer’s alliances.

White planters, firmly in control of the Democratic Party, sought to villainize poor whites who made the traitorous mistake of rejecting the party of the white man. Frank Burkitt, for instance, left the Democratic Party for the Populist movement, attacked restrictions on the franchise, and advocated for free public education for both Blacks and whites. The Klan reacted by burning down his office. Responding to Burkitt’s departure from Mississippi, an 1893 newspaper article in the Vicksburg Evening Post recalled the “prejudice” which “‘Hill-Billies’ cherish” against the Delta’s ruling-class.

Large plantation owners, fighting to defend white supremacy deep in the heart of the Black Belt were routinely frustrated by the lack of enthusiasm for their Democratic Party by the “hill-whites” of eastern Tennessee, West Virginia, and eastern Kentucky who upset the mythology of the “solid south.”

The “hillbilly” was born in the midst of the agrarian revolt of the 1890s and soon became synonymous with the people of Appalachia.

From “Mountaineer” to “Hillbilly”

Although the term only began to appear in print in the 1890s, the people of the southern Appalachian region had long been characterized as something other than respectable white people. While early settlers in the region were celebrated in popular accounts for their adventurous individualism, the development of the timber and coal industries required a different conception of the mountain people. As capitalists scrambled to exploit the Appalachian region’s rich resources, mountaineers were recast as “squatters” on valuable land. Local color novelists published dozens of books, depicting mountaineers as uncivilized, gun-toting savages.

Our Western Border, by Charles McKnight (1875)

The Devil’s Brigade: The Story of the Hatfield-McCoy Feud, by John L. Spivak (1930)

These were followed later by popular cartoons. 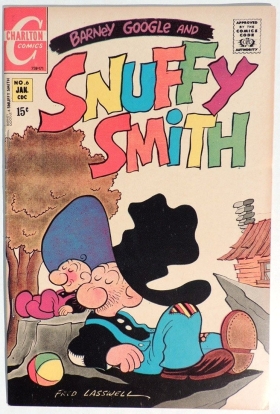 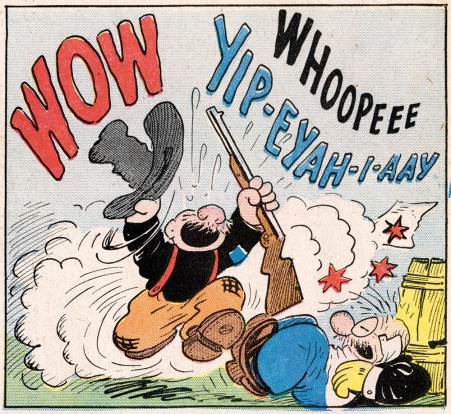 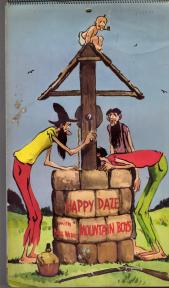 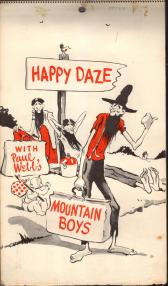 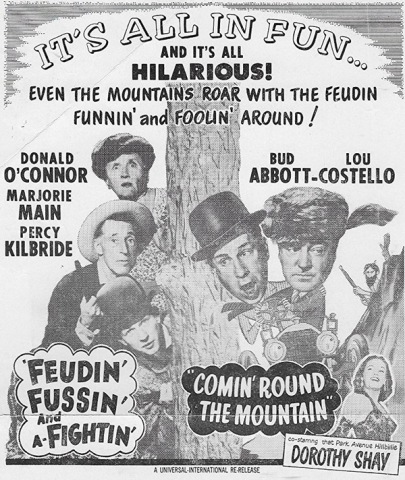 …which lead to advertising opportunities 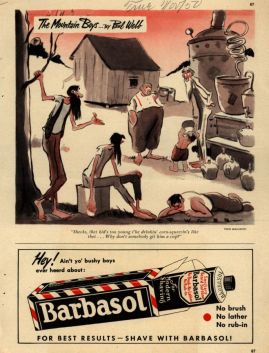 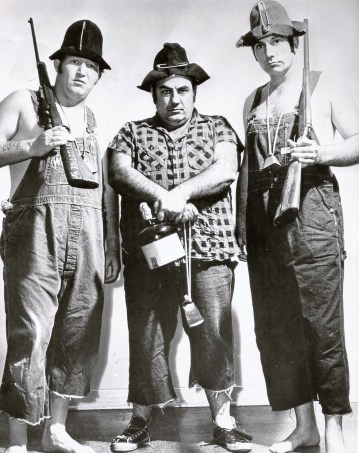 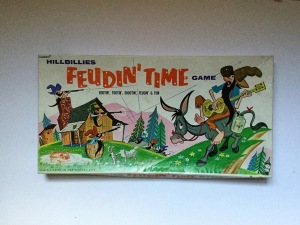 With this history of the social construction of the hillbilly in mind, we must understand the current media characterizations of Trump-loving “coal country,” ravaged by an epidemic of opiods, where people stupidly vote against their own interests, as part of the process where poor and working-class Appalachian people are cast as an “other” that doesn’t fit the norms of respectability and whiteness. The legacy of racism is what continues to make this possible.

Eric Kerl is a Kentuckian living, working, organizing, and writing in Chicago. His articles have appeared in International Socialist Review, Socialist Worker, and elsewhere. He is the author of White Bred: Anti-Racism and the Boundaries of White Racial Solidarity, forthcoming from Haymarket Books.